Menzel has developed a two-position turret winding system designed to reduce downtime and allow for quicker roll changes. While one core is being wound by the machine, an empty core is waiting in the second position. When it finishes winding the first roll, the turret rotates to the second roll and begins winding immediately. While the system winds in the new position, the operator unloads the full roll and loads another empty core. 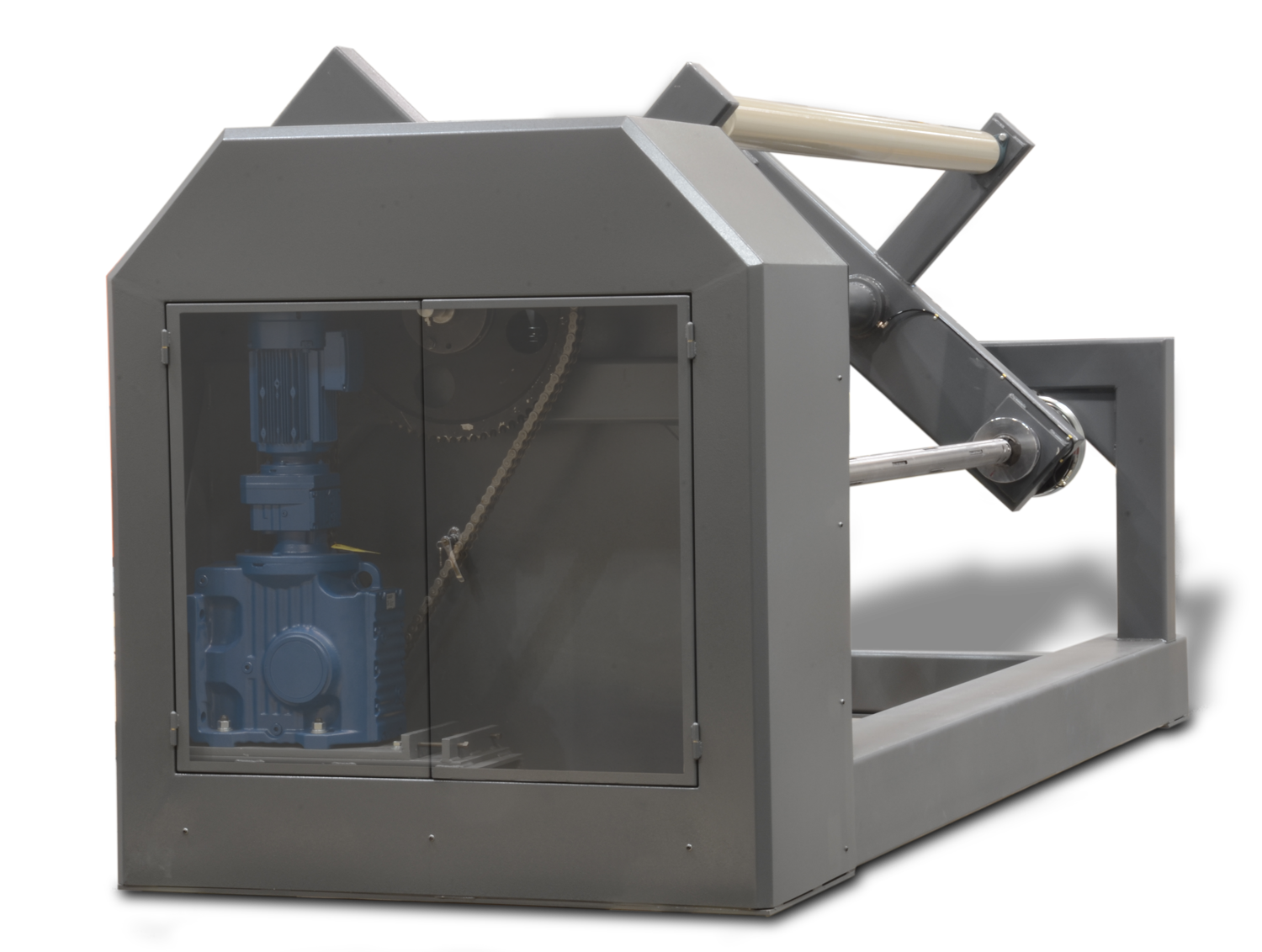